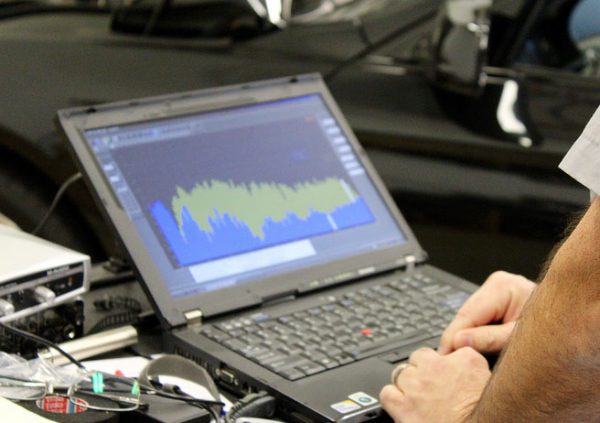 We hear a lot about “DSP” in car audio today. When someone refers to DSP, what do they mean?

Technically, DSP stands for “digital signal processing”, which is a specialized type of microprocessor which is very, very fast. It’s fast enough that it can make adjustments almost in real time, which means that it’s perfect for performing calculations on digital audio bitstreams on their way through a given part of the signal chain. A DSP chip can be programmed to do various kinds of acoustic processing in real time.

One kind of acoustic signal processing is called “equalization”, which lets us make certain notes louder or quieter – theoretically so that all the notes are played back at an equal level. Most equalizers are “graphic”, and that means most of the parameters are pre-set and can’t be changed in the field. DSP makes it much easier to support “parametric”, or user-definable equalization. That lets the tuner zero in precisely on the problem areas, without accidentally affecting other sections of the sound.

Another kind of signal processing is crossover filtering, which filters out notes from a given speaker so that the speakers don’t play notes they are not intended to play. DSP makes it easier to use more advanced crossover filters, which are more effective.

A third kind of processing, and one which was much more rare until recently, is time-arrival correction (also called “time delay”). This corrects for the fact that the speakers in your car are various distances from your ears. Since sound travels relatively slowly, the sound from each speaker arriving at your ear at various times causes some problems – some sounds interfere with others in the air before they get to our ears, and the sound is blurred or smeared a bit. Time delay lets us correct for that, so we can make up for one of the biggest problems with music systems in cars – the speakers have to fit in various locations, and we sit off-center, each speaker a different distance away.

BMW has used “DSP” to refer to certain audio packages. Early use of the term described reverb to mimic some concert venues. Sonic performance varies.

So, in car audio, “DSP” is basically a tool which allows a skilled audio technician to largely correct for the acoustic interior of a vehicle and get you the best performance. That’s why we at Musicar use it in every system we can – so we can Guarantee Performance!